Many Agile projects nowadays are defined by their capacity to be effective and efficient. Every team leader, stakeholder, and project manager is looking for ways to get more done in less time. All Agile teams strive to improve to deliver the best product possible as rapidly as possible.

Optimizing through estimation is a strong strategy for any project team. Teams must estimate the quantity of labor required for each assignment consistently and distribute the work evenly among themselves.

Estimation is difficult. It’s one of the most difficult–if not the most difficult–aspects of the job for software developers. It considers various elements to assist product owners in making decisions that influence the entire team and the company. Having so much at stake, it’s no surprise that everyone, from coders to senior management, is getting worked up about it.

The usage of Agile story points is one technique to make estimates easier and more precise. Find out what an Agile story point is, how to estimate them, and how they may assist your team and business by reading on. 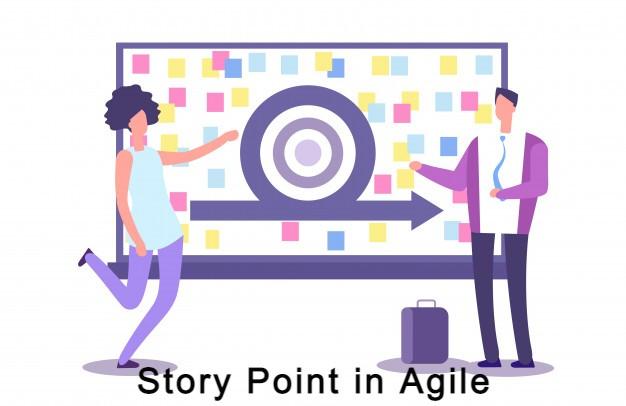 What are Agile Story Points?

Agile narrative points are frequently mentioned, but what exactly are they? They are relative measurement units chosen by software development scrum teams to provide an indication of the difficulty required to achieve requirements. The difficulty of a task can be measured in terms of the degree of complication, the hazards involved, or the amount of effort necessary.

They aid teams in estimating the amount of difficulty required to complete a specific project section. This is critical since Agile projects are complex and evolve quickly, and the more precise your predictions are, the more likely your project will succeed.

Why not use hours instead of minutes if precision is so important? They don’t help anticipate costs or delivery dates, after all. Even Agile teams must complete a few sprints before using story points to calculate their velocity. Almost everyone believes that one hour equals sixty minutes, yet what constitutes an hour of work for me may not be the same for you. If you ask two developers to estimate the amount of time it will take to complete a task, you will almost certainly get two different responses. Developers have varying levels of knowledge, comprehension, and experience, causing them to spend more or less time on a particular work. As a result, you’re unlikely to reach an agreement in a matter of hours. When two developers are asked to rank a task in terms of effort required compared to another task, the results are considerably more likely to be similar. Agile story points help provide a better estimate in this way, and they can also be valuable for other reasons.

We normally use a date to calculate the number of hours in a day. This work must be performed by a specified date. Dates, on the other hand, rarely account for non-project-related labor that occurs within a typical day. Emails, meetings, and interviews always pop up during the day, slowing down a project and putting a team under stress. The emotional attachment causes it that many people have to date. Some members of your team may assume that if they don’t finish a job by the deadline, they have failed in some way. Due to office politics or overestimation, other team members or stakeholders may strive to push the deadline forward.

All of these roadblocks can be overcome with the help of agile story points. They are quantified in terms of effort and separate the software development work from the rest of the task. It also removes particular dates, removing the emotional connection. It helps to eliminate the use of speed or velocity as a political weapon in the workplace. It also encourages team members to solve challenges based on their difficulty rather than the number of hours they spend on a project. Such keep your team focused on the project’s high-level value rather than on getting it out the door as quickly as possible. 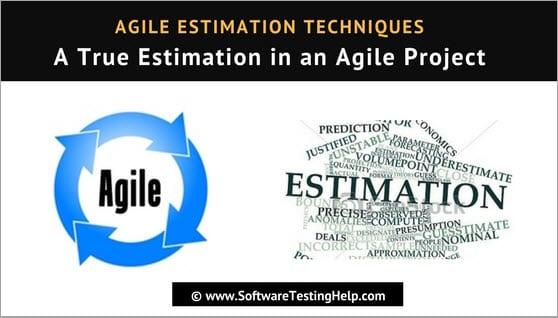 This is one possible way to estimate story points. One point is awarded for the first story. Two points are awarded for the second. The third is worth four points; the eighth is worth eight, and so on. Another option is to employ “T-shirt size,” in which articles are divided into small, medium, and big categories.

Fibonacci sequence is among the most common method used by agile teams to label story points. The Fibonacci sequence is beneficial because it allows enough space between numbers to discern between estimates. Each time, the numbers rise by roughly the same percentage, about 60%.

It’s time to estimate once you’ve established how you’ll name your story points. To estimate story points, many Agile teams use a system called Planning Poker. Planning Poker is a gamified technique for your team to agree on the effort required to achieve your objectives.

How does planning poker work? Planning Poker works like this: someone reads an Agile story aloud, such as a product owner, a client, or a project manager. Alternatively, they could describe a feature to the team. After that, each team member estimates by putting down a Fibonacci number. This figure isn’t shown until every team member has made their choice.

When everyone on the team has made a decision, the cards are all revealed simultaneously. Congratulations if everyone agrees! You’ve just calculated the number of Agile narrative points you’ll need. Take a few minutes to discuss why everyone isn’t in agreement. Allow everyone a brief opportunity to explain why they selected the number they did. Then continue the process until you’ve reached an agreement. Always keep in mind that at this time, estimation should be done at a high level. This is not the right time to get bogged down in a project’s minutiae. Take a breath and restart the dialogue if you and your team find themselves there.

A ranking of one to three is considered minor by most clubs. Five, eight, or thirteen are considered medium by them. And a story point rating of twenty or forty in Agile is quite high. However, your software development team should reach an agreement amongst itself once more.

Creating a baseline tale is another frequent method for estimating story points. A baseline tale is one on which the entire team can agree. All other story points can be allocated simply by asking, “Is this task more complex than our baseline?” once a point value for that baseline has been established. Each job can then be assigned more or fewer points.

The highest limit for many teams is twenty or twenty-one story points (depending on whether you use the conventional Fibonacci sequence or a modified version). That’s because predicting work items larger than that with any degree of certainty becomes impossible. Consider breaking a task down into smaller assignments if you and your team believe it will take more than twenty points.

Also, don’t squander time securing estimates for work that is likely to change. Between the time you start the project, and the time you get to those articles, needs for items deep in the backlog can change. Give a preliminary estimate for now, then revisit it when the time comes to start working on that specific item.

Agile story points have numerous advantages for software development teams, but they can also be misused. Here are a few frequent blunders to avoid.

Some groups are tempted to translate tale points into hours. You can estimate the burden of each activity by utilizing hours if you break down a story into tiny enough tasks. However, this may negate the advantage of relative estimation. Rather, it binds you to a set amount of hours. There’s a distinction between saying exactly twenty-three hours and an Agile story point with a range of fifteen to thirty hours. Everyone involved gets a false sense of accuracy as a result of this. When aiming for a precise amount of hours rather than a range of time in an Agile story point, it’s also more difficult to obtain a consensus among your team.

Another common blunder is adjusting Agile story points in the middle of a sprint. It’s possible that after you start working, you’ll learn that your estimate was incorrect. Perhaps even a long way off. That’s OK. It becomes a part of your sprint velocity and aids in making a more accurate forecast for the next sprint. During a sprint, never change your story points.

Estimation is difficult for everyone, but it’s extremely challenging for software developers under pressure from stakeholders or executives. It’s simple for everyone concerned to feel stressed out as a result of it.

Estimation and selecting Agile story points, like everything else, takes practice. Every project, every sprint is an opportunity to learn and grow. As your story points grow more precise, you’ll notice that your productivity and confidence soar to new heights.

Women Leadership- Boost Inclusion and Equality for Women in the Workplace

A Powerful Platform for Leadership Development

We are using cookies to give you the best experience. You can find out more about which cookies we are using or switch them off in privacy settings.
AcceptPrivacy Settings